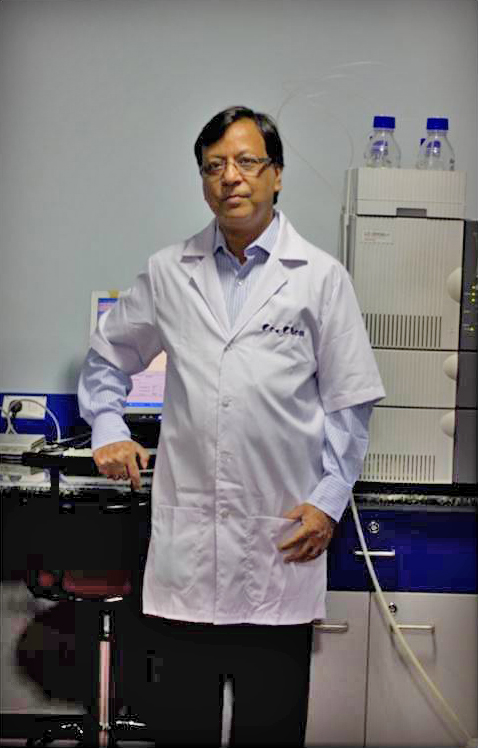 Dr. S.K.Mitra is a recognized leader in the field of research and development in Pharmaceutical and Cosmeceutical Industry. He is a medical graduate from Calcutta National Medical College (West Bengal, India) & Hospital and did his post graduation from The Institute of Medical Sciences, B.H.U, Varanasi (Uttar Pradesh, India). He was the Executive Director and Partner of the Himalaya Drug Company for 22 years and then worked as Chief Executive Officer of Emami-Zandu group.

In 2012, Dr.S.K.Mitra won the prestigious Sir R.N. Chopra Memorial life time achievement award for his contribution in the fields of herbal and pharmaceutical sciences and in 2015 won the most prestigious Prof B. Mukherjee Memorial Oration Award for his contribution in Herbal and Pharmaceutical Research. He is actively involved in research of natural products and his academic interests are in the areas of Cosmetic technology, Pharmaceutical Sciences, Clinical Pharmacology,  In vitro Biology, Cell and Molecular Biology, Pre-clinical studies and Toxicology, Formulation and Development, Phytochemistry, Analytical Chemistry, Pharmacognosy, Applied Botany & Plant Tissue Culture. He was a board member of several scientific advisory committee constituted by The Government of India. He is on the advisory board of many scientific journals.  Many students from reputed Indian universities have done research under his guidance in pursuance of   their PhDs. He is a recognized PhD examiner in Rajiv Gandhi University of Health Sciences, Bangalore (Karnataka, India). He has more than 150 national and international publications in various journals of high repute. Dr. Mitra and his team have filed global patents on molecules identified from plants.

At present he is the founder Chairman of Matxin Labs Pvt Ltd a research based Company and is deeply involved in scientific development of Herbal: Pharmaceutical, Cosmeceutical and Nutraceutical products.